The View from Kings Point: The Kings Point Creative Writers Club Anthology, 2020 is a worthy sequel to the 2018 edition of the same name. Again, it is a “nice little anthology,” as I introduced the first one. It testifies to the conscientious and dedicated work, not to speak of the imagination and crafting skill—and the immensely valuable collegial critiquing—of the writers and poets in the group. As for the latter capacity, our members one and all have truly internalized the “best practices” of excellent writing, such as revising pieces several times, eschewing the presentation of opinions as facts, and refraining from the censorship of unpopular thoughts and expressions. Writers do need encouragement; and, to this end, I proudly assert, while maintaining genuine humility, that our Kings Point Creative Writers Club (KPCWC) anthologies are putting our writing group “on the map” in Delray Beach and Palm Beach County, Florida, and even beyond. The literary quality of the pieces in the anthology is striking, and I go so far as to describe the variety of treatments and the range of subjects as “breathtaking.”

This book features 58 of Edward Levenson’s favorite pieces from among his seven previous Xlibris books. Three of these seven books are anthologies; the other four are multi-genres mixes. The in this collection are “Humor,” “Word Play” (actually a quasi-genre), “Poetry,” “Fiction,” “Memoirs,” and “Interpretation.” Each of the six genres is represented by eight pieces. Guest contributors wrote eleven pieces. Following the first six sections according to genre is a “mélange” of eight pieces. Two special pieces are new. 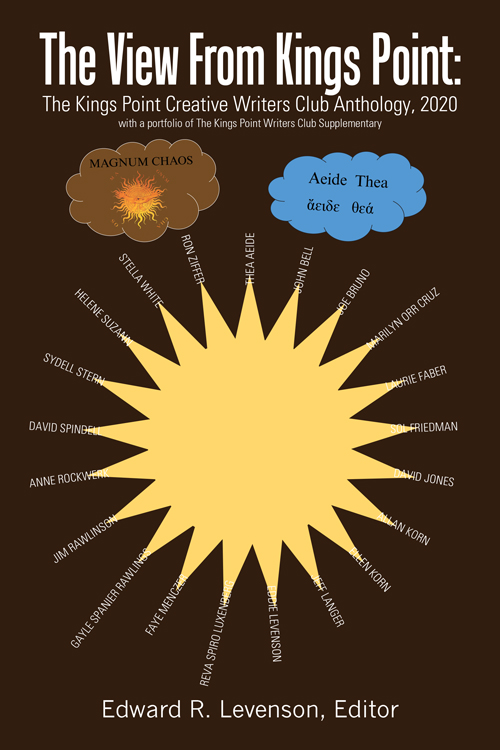 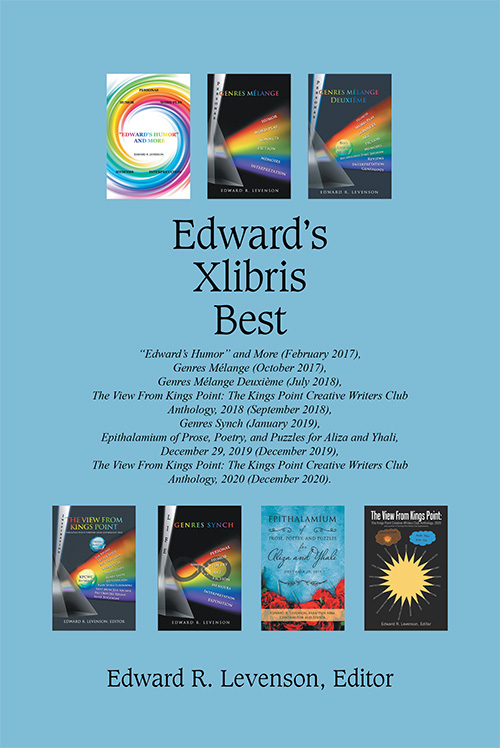