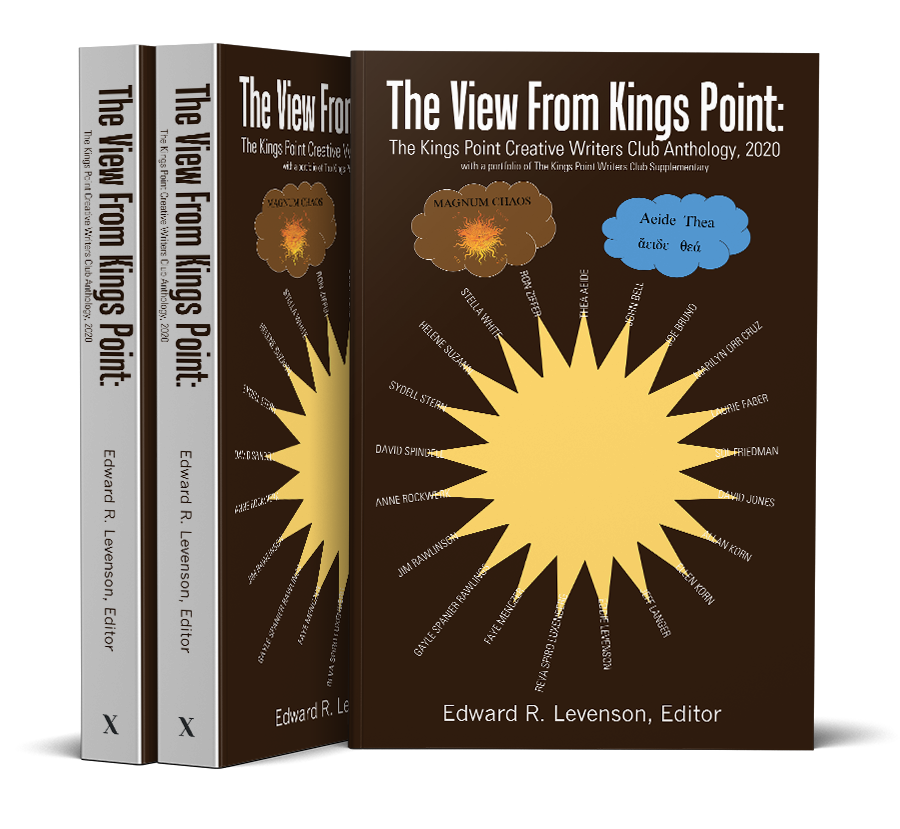 The View From Kings Point

Inside these covers are portfolios of 20 gifted writers in a 55+ South Florida condo community—“your senior citizens next door”—of astonishing versatility, variety, range, scope, literary acumen, and psychological depth in many different genres, such as Humor, Fiction, Memoirs, Mystery, and Poetry.

Open anywhere you choose and start from there. You won’t be able to put the book down! 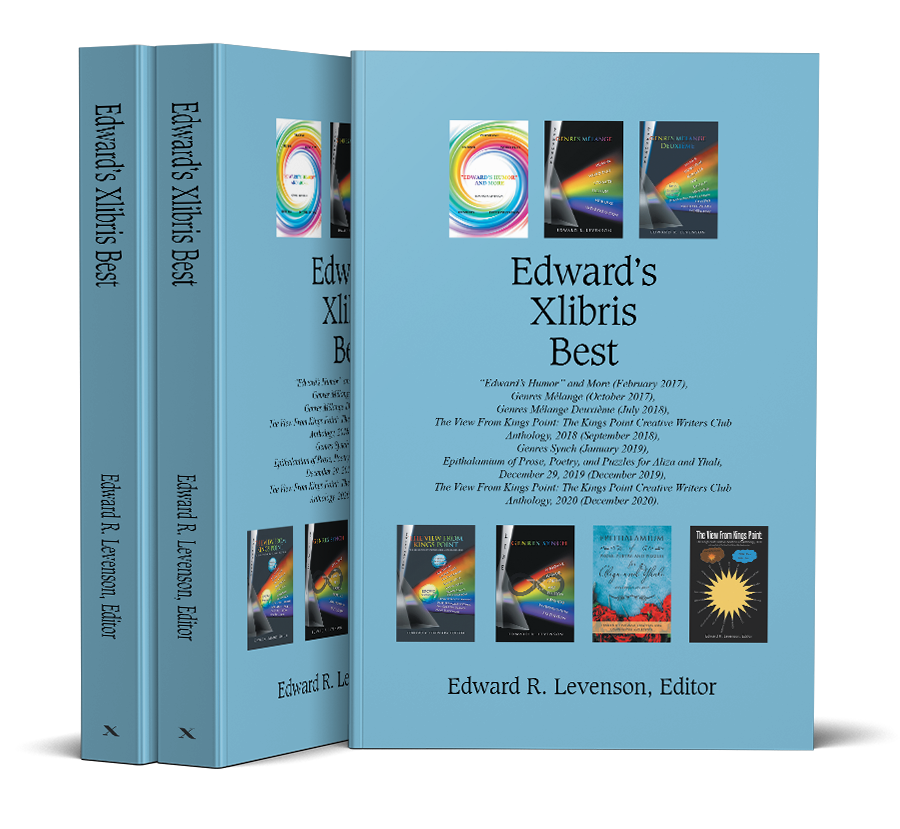 This, my eighth Xlibris book, needs no explanation. It is a selection of what I consider are my best pieces in my previous seven Xlibris books, which are:

My acronyms for the seven books are, in turn, EHAM, GM, GMD, VKP, GS, E3PAY, and VKP2. My acronym for Edward’s Xlibris Best is EXB.

Three of the above books are anthologies; the other four are multi-genres mixes. The genres featured from all six books in this collection are “Humor,” “Word Play” (actually a quasi-genre), “Poetry,” “Fiction,” “Memoirs,” and “Interpretation.” The last of the six terms listed, which I have used hitherto, should be understood as including “Reviews.” Each of the six genres is represented by eight pieces.

Eleven pieces among the 58 in the book were written by guest contributors, and they are noted as such with asterisks in the Table of Contents. Following the first six sections according to genre is a “mélange” of eight pieces culled exclusively from VKP2 and a puzzle from E3PAY as well. Two special pieces are new. The word “mélange,” to be sure, gives me good vibes because four of my books, as I mentioned, are multi-genres mixes; two of them, in fact, feature the word in their titles.